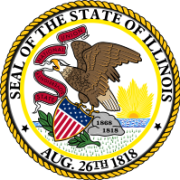 Illinois State Police Reminds Drivers to Slow Down, Move Over – It’s the Law

CHICAGO – The Illinois State Police (ISP) joins law enforcement agencies across the nation in the campaign to recognize October 15, 2022 as “Slow Down, Move Over Day.”  Illinois Governor JB Pritzker issued a proclamation designating October 15, 2022 as Move Over Day in Illinois, which aligns Illinois’ law designed to promote safe driving behavior and encourage motorists to move over for all vehicles stopped on the side of the roadway.

“This ‘Slow Down, Move Over Day,’ I am thinking about emergency responders, like Chicago Firefighter Lieutenant Scott Gillen, who lost their lives while saving others,” said Governor JB Pritzker. “These deaths are as tragic as they are preventable. And this day—and every day—I remind the great people of Illinois to support our first responders and our fellow motorists by slowing down and moving over.”

ISP is committed to reducing traffic crash fatalities and limiting the risk of being hit while on the roadside.

“We cannot overstate the importance of the simple act of slowing down and moving over when there is a vehicle on the side of the road,” said ISP Director Brendan F. Kelly.  “These crashes are 100% preventable.  When a motorist takes the time to slow down and move over, they potentially save a life.”

“We thank Governor Pritzker for this proclamation.  It is important to have the public’s support to protect the first responders who come to the rescue of motorists, as well as drivers who are with their disabled vehicle,” said AAA – The Auto Club Group Spokesperson Molly Hart.  “Emergencies can occur at any time on any road, and by moving over and slowing down for every vehicle that is on the roadside we can help everyone make it home safe.”

In 2000, Illinois lawmakers passed Scott’s Law, named after Chicago Firefighter Lieutenant Scott Gillen, who was struck and killed by an intoxicated driver while working on the Dan Ryan Expressway.  The law was created to protect law enforcement officers, firefighters, emergency response personnel, highway workers, and tow truck drivers working along roadways.  In 2017, Illinois lawmakers updated provisions in Scott’s Law and designated December 23, 2017 as Move Over Day in Illinois.  Scott’s Law encourages citizens to not only slow down and move over when approaching emergency vehicles, but all vehicles with flashing hazard lights stopped along Illinois roadways.

Since 2019, there have been 82 ISP squad cars struck, two ISP Troopers killed, and 43 other Troopers injured as a result of motorists who do not slow down and move over for emergency vehicles along the roadside.  ISP has increased enforcement details to ticket and arrest drivers who fail to follow this law.  ISP squad car crash data can be found on the ISP website.  Slow Down Move Over 10.15.22